There are many instances when plumbing issues can become a nuisance. While sometimes it depends on the age of a home, it can also happen with new construction. There are certain types of problems that tend to happen more often than others and these issues should be addressed quickly to avoid long-term damage. Below are four of the most common plumbing issues that occur. If you find yourself quickly searching “plumbers near me” online, know that you’re not alone and it’s a good idea to find a professional that can deal with the problem right away.

It’s been estimated that a toilet constantly running can waste approximately 250 gallons of water every single day. If you’re independently wealthy, then you probably don’t care about wasting water. If you’re like most people, you’ll want to prevent your money from going down the drain. It’s also an issue that can become bothersome if you have to listen to the sound of your toilet running, especially at night.

Leaky pipes are an issue that doesn’t seem like a priority, but they can cause serious problems. It appears as though most people experience pipes that leak during the winter months, which makes it worse because it can cause pipes to freeze when temperatures drop. Another reason why leaky pipes are so concerning is that they can lead to water damage that affects other areas of your home. If your pipes are leaking, you should absolutely contact a plumber.

The bathroom faucet is something that has been a problem for millions of homeowners and renters. It’s frustrating when a slowly dripping faucet keeps you up at night and is the reason why your water bill is constantly higher than it should be. It can be a complete waste of money when not resolved promptly. A slow dripping faucet is the type of thing that many homeowners let linger because it does not seem like a priority. Unfortunately, procrastinating what must happen eventually – the repair – will only worsen the problem and it will reduce your bank account in the process.

One of the most frustrating aspects of dealing with a clogged drain is the fact that it drains slowly and can be hard to unclog. Most people go to the store and choose a drain cleaner that looks like it might do the trick. Unfortunately, that drain cleaner can do more harm than good. It can literally eat away at your pipes and create additional problems. It’s worth noting that you should always take care of your drains by using a strainer to prevent hair and other debris from clogging them up. If your pipes are really back up, the best way to deal with the issue is with a plunger or by calling a professional. If the drain in the kitchen is clogged, it’s probably because items that should not go into the garbage disposal have created a problem.

Although those are the four most common plumbing problems, there is another issue worth noting as an honorary mention. Sometimes low water pressure is an indication that a serious problem exists. If you are experiencing low water pressure, there could be a leak somewhere in your home that you need to address. It’s best not to ignore the problem because it could linger and lead to something major, like the growth of mold in the walls. It is best to figure out the root of the problem as soon as possible. Sometimes it is best to have an expert stop by to assess the situation because it will give you a chance to explain your concerns. By taking a tour of your home and checking out all of the issues, they can pinpoint and resolve the problem within a reasonable timeframe.

If you have experienced any of these issues, you should contact a plumbing professional for help. A consultation could end up saving you a lot of money down the road. You can also eliminate the frustration of having to deal with these issues through preventative maintenance. Your home should be a place that’s enjoyable and plumbing problems can make things uncomfortable. By having a professional come out to inspect your plumbing system, you can have greater peace of mind knowing that you don’t have to worry about something worse happening later.

About the Author: Robin 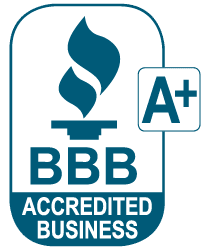